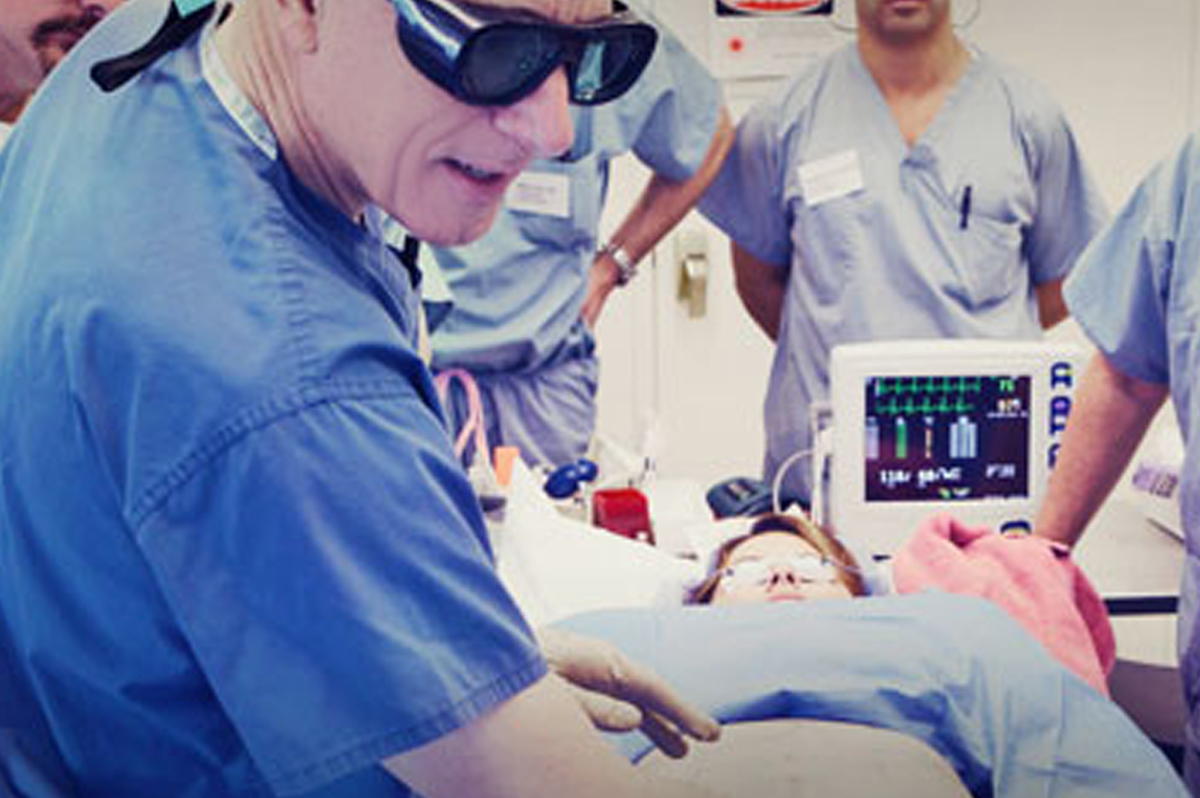 By: Bates, Betsy
Publication: Skin & Allergy News
Date: Wednesday, November 1 2006
SAN DIEGO — Physicians should think outside the liposuction box when it comes to using tumescent anesthesia in dermatologic surgery practices, Dr. Jeffrey A. Klein said at the annual meeting of the California Society of Dermatology and Dermatologic Surgery.

Excisions, Mohs surgery, lipoma removal, breast reduction, and intravascular vein ablation all lend themselves well to the use of tumescent anesthesia, according to the discoverer of the technique.

Besides providing long-lasting and profound local anesthesia, bactericidal protection, and elevation of tissues for delicate procedures, the tumescent technique offers “exquisite hemostasis,” said Dr. Klein, a dermatologic surgeon in San Juan Capistrano, Calif., who is credited with revolutionizing the safety of liposuction anesthesia by pioneering the use of dilute concentrations of lidocaine and epinephrine in saline with sodium bicarbonate.

“I’m really impressed at how little blood loss there is,” he said.

In laser and radiofrequency procedures, tumescent liposuction acts as a heat sink. For excisions or Mohs surgery on the neck or face, it can lift lesions safely away from superficial nerve branches, he pointed out.

It can be used in conjunction with dissection with blunt liposuction cannulas to separate fibrous, multilobular lipomas from surrounding tissue so they can be easily excised. In Germany, it is being used to perform sentinel lymph node biopsies on melanoma patients.

Dr. Klein outlined examples of numerous dermatologic procedures he has performed with tumescent liposuction, from the extraction of excess glandular tissue through the nipple of a patient with male gynecomastia to the excision of a large melanoma down to fascia.

Mohs surgery of a large, recurrent basal cell carcinoma can be accomplished as “essentially a painless procedure” during which the patient remains awake, he said.

The lack of infections seen following liposuction–just 1 in more than 6,000 procedures performed by Dr. Klein–suggests that “there must be a very substantial bacteriocidal effect” of tumescent solution, he said.

Obviously, much smaller volumes of tumescent fluid are utilized in these other procedures than are needed in large liposuction cases, but the ratio of the ingredients in the formula remains the same. (See “Small-Volume Tumescent Recipe“.) Once the area is infiltrated, “you need to allow time for detumescence to occur,” said Dr. Klein.

In large abdominal liposuction cases, this process ideally should occur over the course of an hour. For smaller dermatologic surgery cases, the procedure should be delayed for at least 15-30 minutes for fluids to drain away and the architecture of the lesion to be restored.

Recovery following cases in which tumescent anesthesia is used is remarkably quick, with patients most likely able to return to work within a day, even following large excisions.

Dr. Klein noted that tumescent anesthesia has been widely adopted by other specialties and is commonly used in stem cell harvesting and vein, breast, burn, craniofacial, and rectal surgery.

Small-Volume Tumescent Recipe
A 100-mL formulation of tumescent local anesthesia (TLA) consists of approximately 0.25% lidocaine and epinephrine 1:400,000. To prepare this formulation, use:
* 100-mL bag of sodium chloride 0.9%.
* 300 mg lidocaine and 0.3 mg epinephrine (30 mL of 1% lidocaine with epinephrine 1:100,000).
* 3 mEq sodium bicarbonate (3 mL of 8.4% sodium bicarbonate).
On the day of surgery, a nurse prepares and labels the bag of TLA immediately after the patient arrives. For safety reasons, TLA should never be mixed 1 or more days before the day of surgery. Every bag of TLA should be well labeled at the time of its preparation.
Source: Dr. Klein

Have you heard the term 'Brotox', yet? If you have, it's not surprising. As more…

How to Know You’re the Perfect Liposuction Candidate