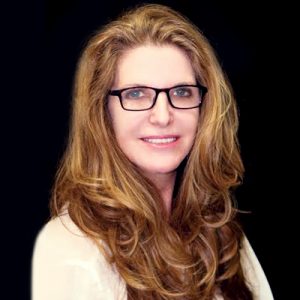 Michele Horwich, RN is a Registered Nurse that has worked alongside Dr. Jeffrey Klein and Dr. Norma Kassardjian, for over 25 years. Michele has safely and gently performed infiltration of local anesthesia on thousands of patients since that time. Michele, along with approximately 10 other registered nurses at the practice, have injected over 10,000 patients with tumescent local anesthetic, without any complications or untoward reactions.

In 1996, Michele developed the Nurses liposuction training course that is conducted in conjunction with Dr. Jeffrey Klein’s Tumescent Liposuction Course for Physicians. Since that time, Michele has trained hundreds of physicians and nurses in tumescent liposuction perioperative duties, including hands on infiltration training. Michele has been the AAAHC Coordinator for the practice since 2002 and served as the Director of Nursing for over 15 years.

Michele became certified in SculpSure lipolysis when SculpSure was approved in 2015 by the FDA as a non-invasive laser to melt fat. Michele has performed hundreds of SculpSure treatments, using her 25 years of liposuction experience to help target the problem area and determine the best placement of the SculpSure applicators.

Beginning in 2015, in addition to her current work with Dr. Jeffrey Klein, Michele became a tumescent liposuction independent nurse consultant, traveling coast to coast to assist Tumescent Liposuction Course physician attendees to train their staff and set up their liposuction practice.