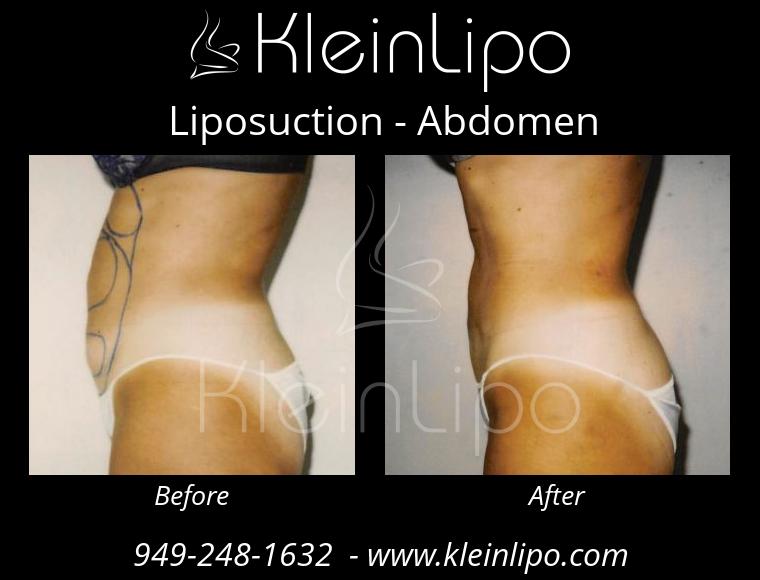 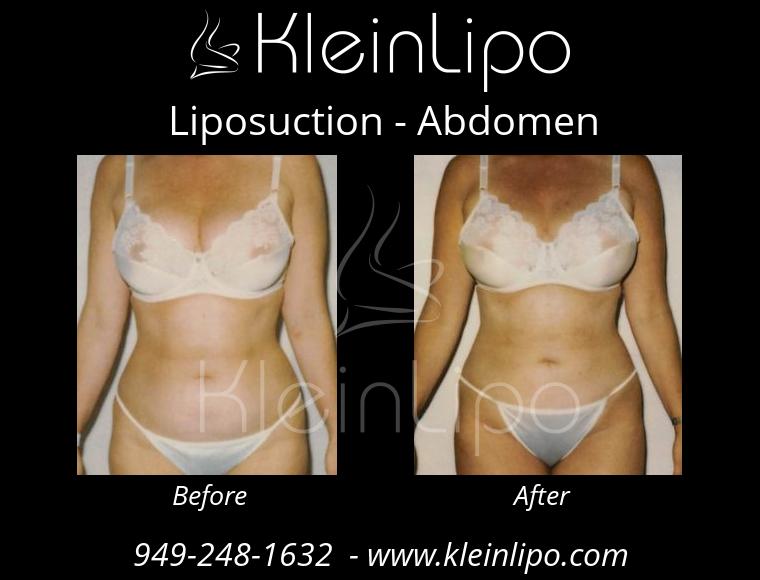 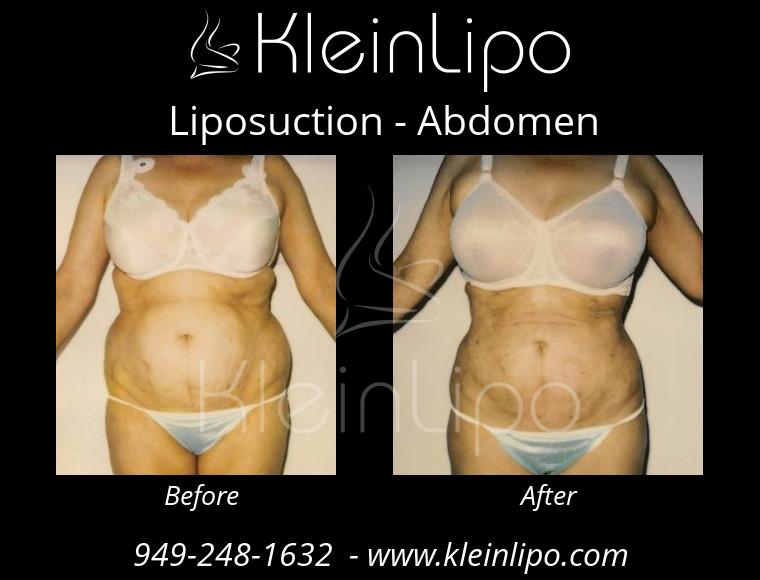 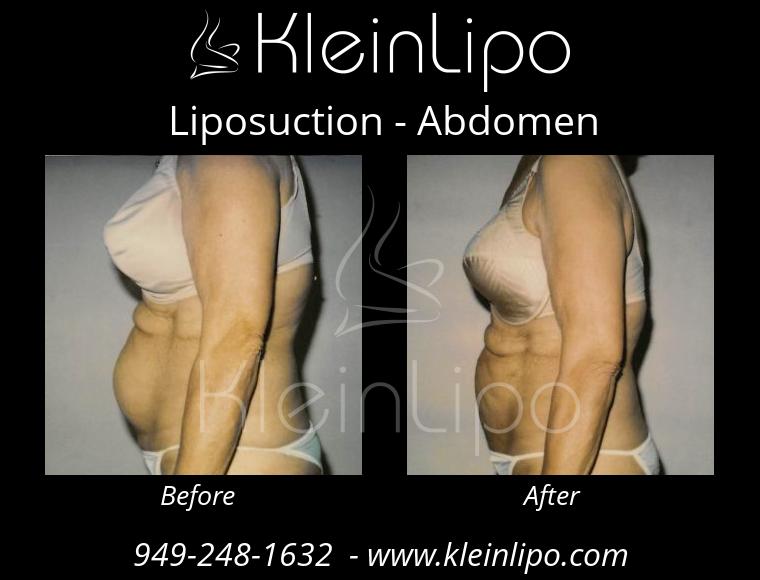 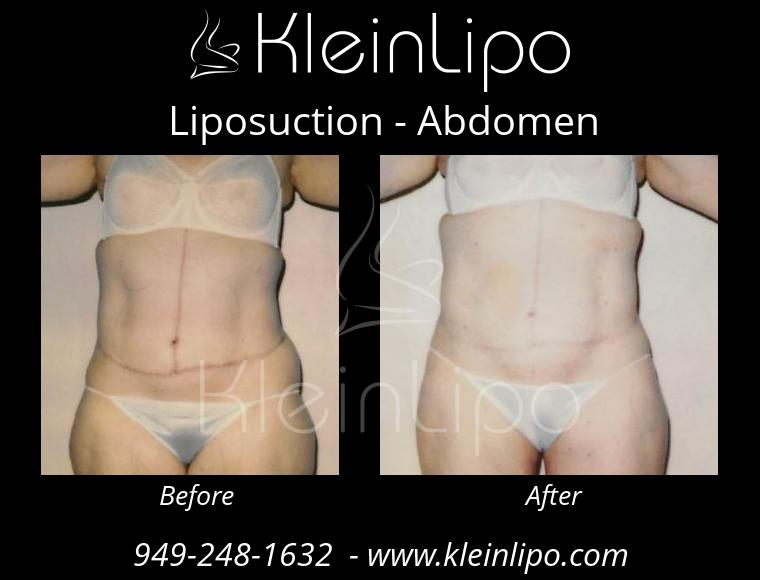 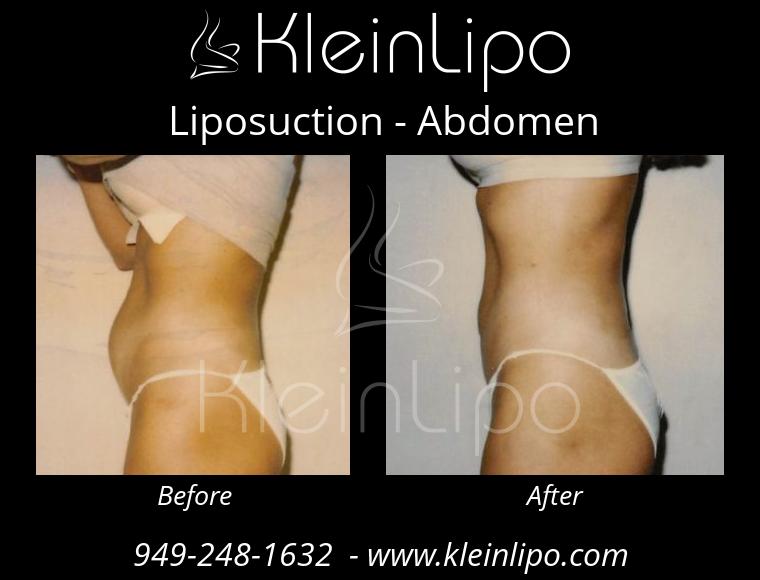 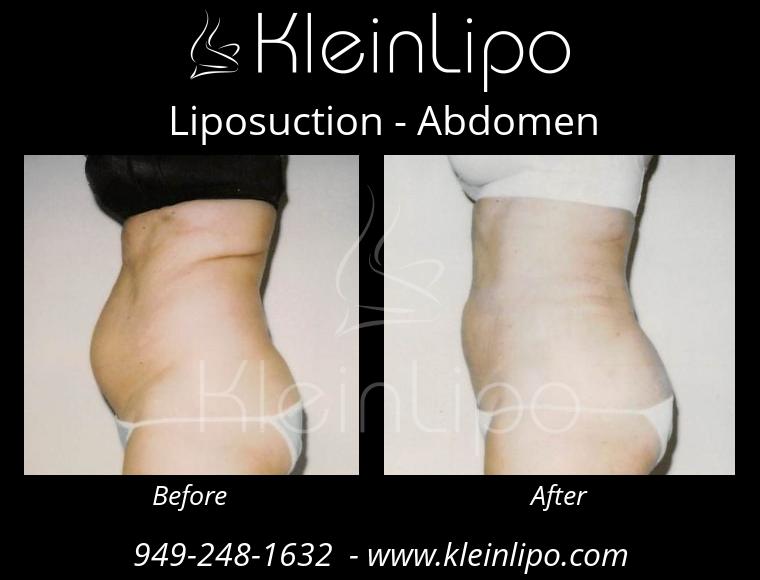 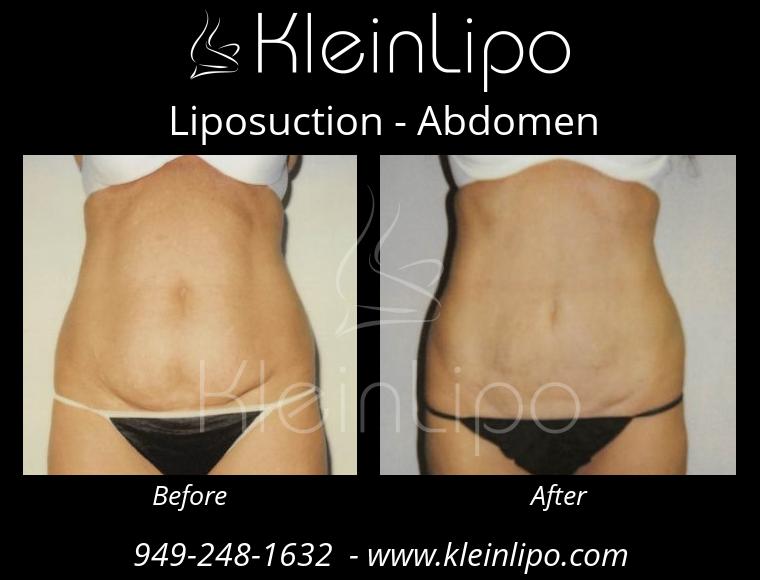 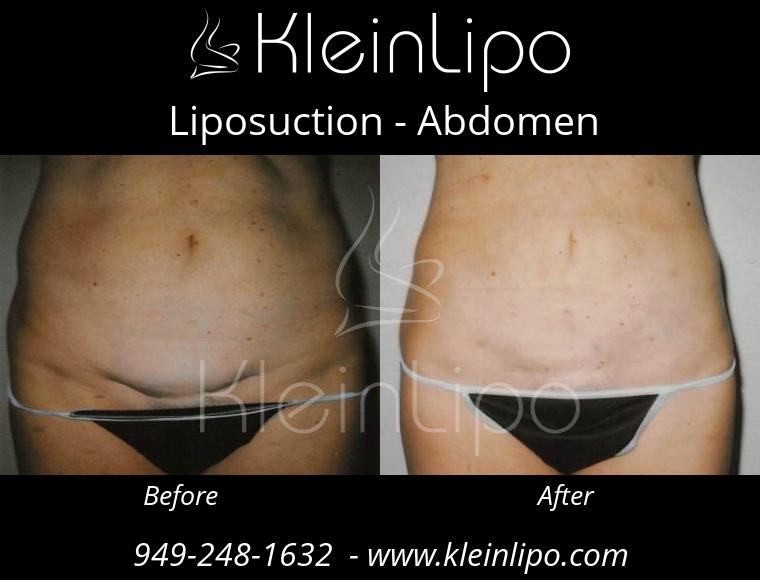 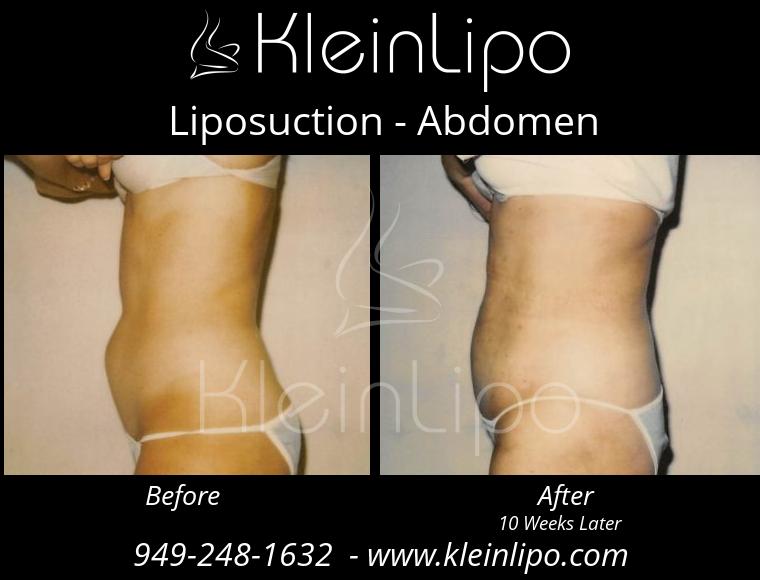 Before and After Photos

The stomach is the most common area of the body to be treated by liposuction among both men and women. Important factors that affect the success of abdominal liposuction include: the amount and location of abdominal fat, history of weight gain and weight loss, history of pregnancy, and the age and the sex of the patient.

Sculpt your Abs with Liposuction

The stomach is the most common area of the body to be treated by liposuction among both men and women. Important factors that affect the success of abdominal liposuction include: the amount and location of abdominal fat, history of weight gain and weight loss, history of pregnancy, and the age and the sex of the patient.

A previous pregnancy tends to stretch the abdominal muscles, and cause the lower stomach to bulge to a certain degree. This curvature of the abdominal wall muscles determines the flatness or the shape of the abdominal silhouette after liposuction. Nevertheless, the vast majority of women who have been pregnant are ultimately very happy with results obtained by liposuction alone, and do not require an abdominoplasty (tummy tuck).

This is defined and determined by the degree of a patient’s happiness with the results. Ultimately the patient’s opinion of the cosmetic results depends on multiple factors, including:

Age of the patient is not an important factor in the success of liposuction. Some of the happiest patients are women who are more than 60 of age. In a healthy older woman, liposuction can improve an obese stomach with little risk or discomfort.

Female patients have softer and less fibrous fat than men, and therefore liposuction on a woman is easier to perform.

Upper stomach skin may appear slightly wrinkled after liposuction. In older patients with decreased skin elasticity of the upper stomach, there is a tendency for the skin to appear somewhat crêpé or slightly wrinkled. Interestingly, the lower abdominal skin does not seem to be susceptible to this type of post-liposuction crêpiness. The elasticity of Scarpa’s fascia might prevent crêpiness after liposuction of the lower stomach.

Fat on the Upper Stomach

This is usually less of a concern than the fat on the lower stomach. However, if the upper abdominal fat is either not suctioned or inadequately suctioned, subsequent weight gain will enlarge the upper stomach and give the appearance of a bulky midriff.

Tumescent liposuction of the stomach is so effective that few patients require the more dangerous tummy-tuck, also known as an abdominoplasty. Patients who are obese and have a pendulous lower stomach, often find that tumescent liposuction will give a better cosmetic result than a tummy-tuck.
The traditional tummy-tuck involves several surgical steps:

The two most important reasons to have a tummy tuck are:

Just because a surgeon recommends a tummy-tuck does not mean that a tummy tuck is necessary. Some surgeons are unaware of the excellent results that can be produced by liposuction without resorting to the more dangerous and the more expensive tummy-tuck. Compared to liposuction, tummy tucks are associated with a much higher risk of serious complications, including fatal pulmonary embolism (blood clots in the lung).

If a patient decides that a tummy-tuck is needed, it is usually much safer to separate the traditional tummy-tuck into two separate surgical procedures. Abdominal liposuction should be the done initially. Then, one should wait a couple months and evaluate the cosmetic results of liposuction before deciding to proceed to the skin-excision part of the tummy-tuck. The surprising aspect of using this two-stage approach to abdominoplasty is the high degree of satisfaction that patients find from liposuction alone. In fact, the vast majority of patients are so pleased with the results of liposuction alone that they decide not to pursue the second stage skin resection.

Pain after tumescent liposuction of the stomach typically does not require any pain medications stronger than acetaminophen (Tylenol). The quality of the pain is similar to the muscle soreness and burning experienced after having worked-out too much. The intensity of the pain is similar to that of a sunburn; it is most intense when the skin of the area is flexed or touched, such as getting in and out of a car, or rolling-over in bed, or when sitting still in a chair. There is minimal discomfort when walking or sitting.

With liposuction totally by local anesthesia, patients do not typically need any pain medication immediately after abdominal liposuction because the tumescent local anesthesia last for up to 18 hours. From 36 to 72 hours after surgery, patients experience the greatest degree of soreness and discomfort, but rarely need anything more than acetaminophen (Tylenol).

The use of smaller liposuction cannulas (microcannulas) requires a little more time to complete the surgery, but they are associated with less postoperative soreness, and allow smoother results. Because the incisions are smaller, they do not need to be closed by sutures; the open incisions allow more drainage of the blood-tinged tumescent fluid. When incisions are closed with sutures this fluid is trapped under the skin and causes prolonged swelling, and increased pain and soreness.

Swelling and Soreness After Liposuction

The day after surgery, as a result of open-drainage (incisions are not closed with sutures) of the blood-tinged anesthetic fluid and wearing a compression garment, the degree of cosmetic improvement is easily visible and quite dramatic. Over the next several days, after the drainage has ceased, and as the inflammatory healing process progresses, there is a gradual onset of swelling which decreases over the following four to 12 weeks. This subcutaneous abdominal swelling can reduce the ease with which the patient bends forward. For example, tying ones shoes becomes a minor challenge. The edema that occurs after liposuction of the stomach typically takes longer to resolve than edema in other treated areas. A certain degree of swelling, firmness and lumpiness is normal for the first four to 12 weeks. This firmness of the abdominal skin and subcutaneous tissue gradually decrease over 3 to 4 months after surgery.

The open-drainage technique, which reduces swelling and soreness, requires the use of special super-absorbent pads to absorb the drainage and special garments to hold the pads in place. See Absorbent Pads and Compression Garments.

There is no restriction on postoperative physical activity. Patients are advised not to remain in bed, but rather to walk about inside their home or leave their home for a short walk on the evening of the surgery. The patient is expected to shower at least once or twice daily beginning the morning after the day of surgery.

Prior to deciding to do liposuction, the patient is evaluated by the surgeon to determine if there are any health problems that might increase the risk of surgical complications.

Prior abdominal liposuction often causes a certain degree of scaring or fibrosis within the remaining subcutaneous fat. Doing liposuction a second time will be more difficult because of this excessive fibrosis.

Doing abdominal liposuction together with other surgical procedures increases the risk of surgical complications. Multiple surgical procedures require a longer exposure to general anesthesia, and more pain medications. Multiple procedures require more postoperative bed rest which increases the risk of fatal blood clots in the lung. Such complications are extremely rare when liposuction is performed alone and totally by local anesthesia.

The risk of a liposuction cannula accidentally penetrating the abdominal cavity and causing an intestinal injury is very small. If a liposuction cannula causes a bowel perforation under general anesthesia, it might not be diagnosed immediately. When the patient awakes it is likely that any complaint of abdominal pain may be dismissed as the normal and expected discomfort of abdominal liposuction. If the delay goes beyond 18 to 24 hours, there is a grave risk of a life-threatening infection. In contrast, with liposuction totally by local anesthesia, any traumatic bowel perforation will be diagnosed immediately and a general surgeon can repair the wound before there is a serious infection.

Excessive Compression after an abdominal liposuction can impair breathing by limiting the expansion of the lungs. Non-adjustable, high compression postoperative garments are especially dangerous after general anesthesia, when respiratory depressant drugs have been given. In contrast adjustable compression garments are safer.

Excessive fat removal from the stomach can be a big mistake. The goal is not to remove as much fat as possible, but rather to produce a result that is a cosmetic improvement and appears natural. For example, following an aggressive liposuction by a surgeon who had removed virtually all of her patient’s subcutaneous abdominal fat, the patient’s husband found the firm hard feel of his wife’s stomach to be sexually repulsive. Needless to say, the patient did not regard her result as optimal. Excessive liposuction of pubic area fat (mons pubis) may result in the area being so deficient in fat that normal sexual intercourse becomes exceedingly painful.

Other risk factors that may affect the relative safety and ultimate cosmetic results of abdominal liposuction include: prior abdominal surgery, laparoscopic procedures, and radiation therapy in the abdominal area.