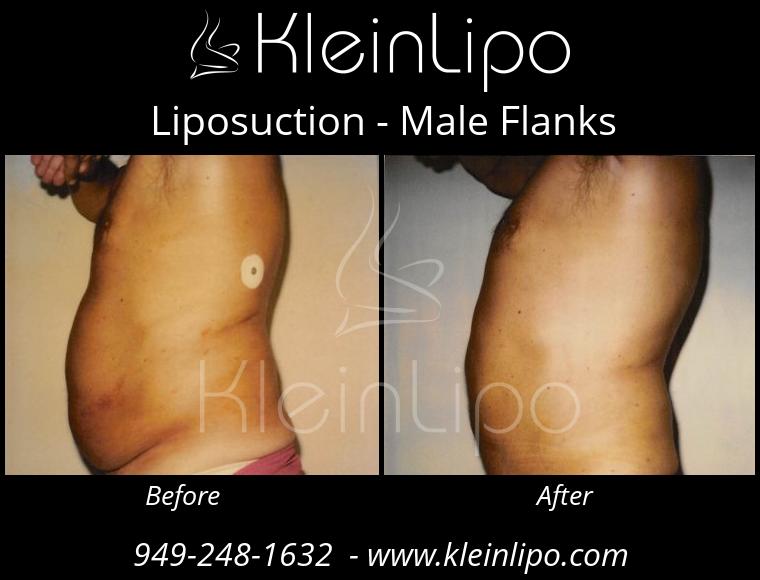 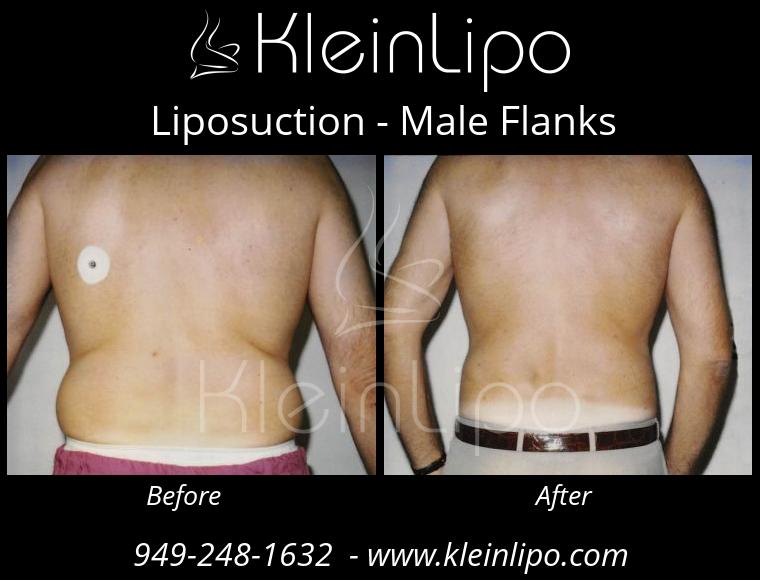 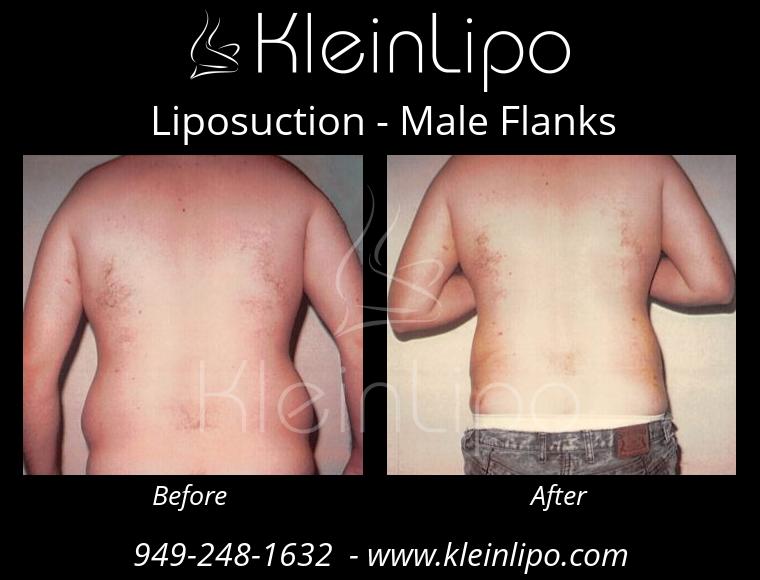 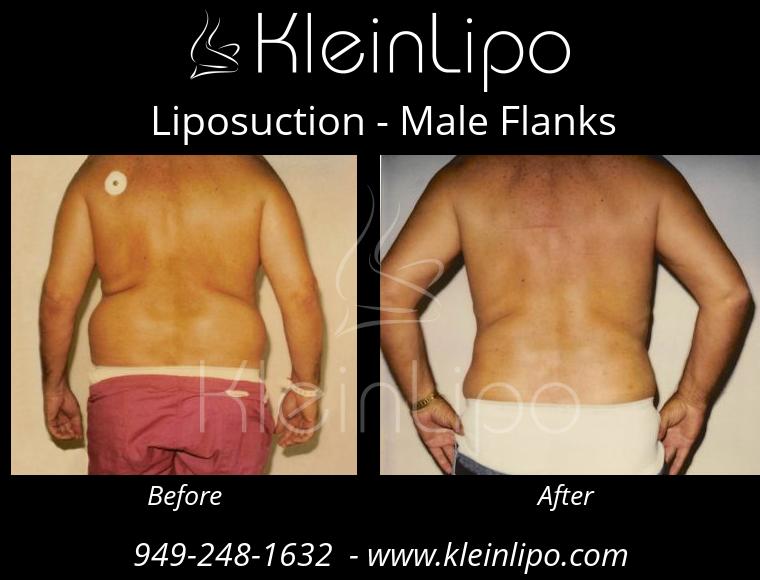 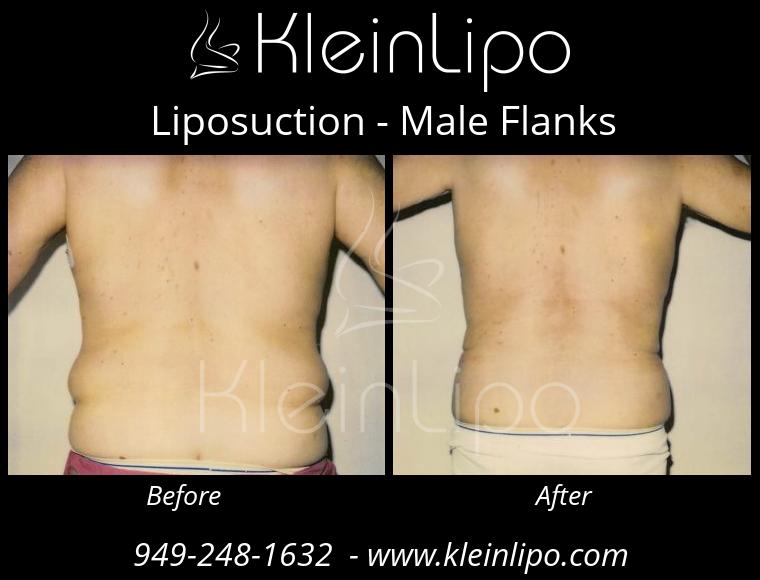 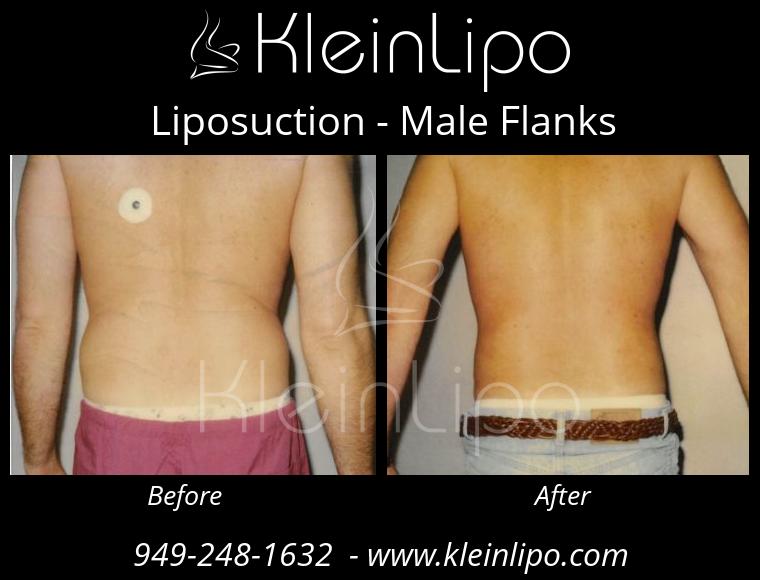 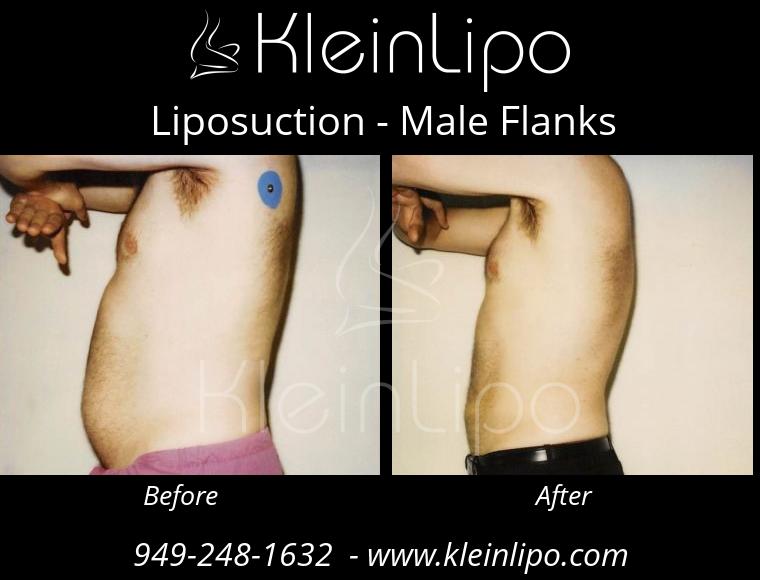 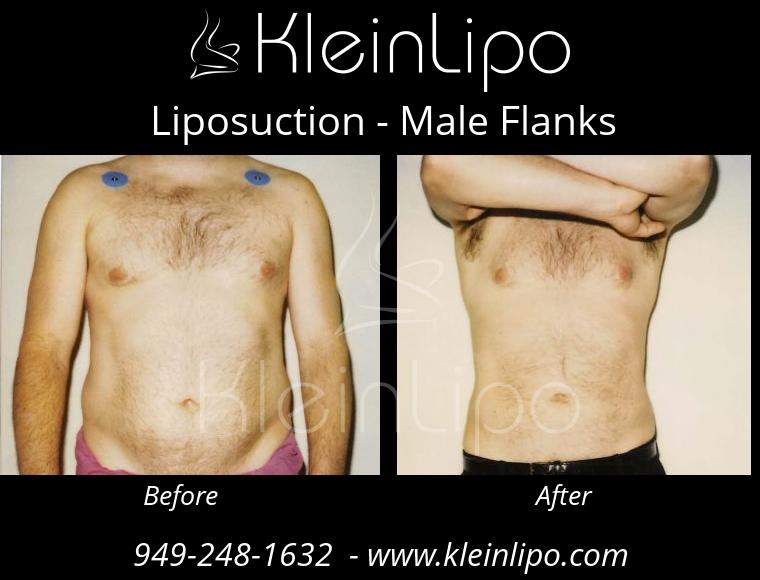 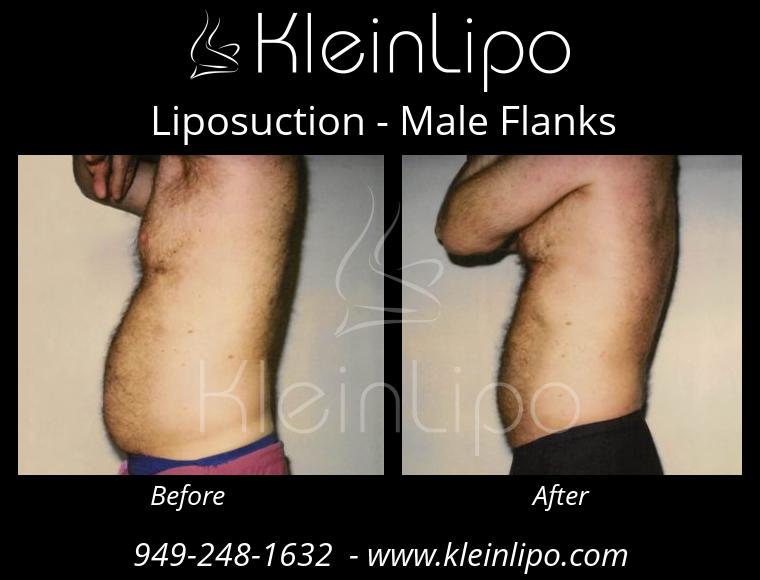 The male flanks, also known as love-handles, are located just above the crest of the hip bone. In the female the identical anatomic area is called the waist. The male flanks are a localized accumulation of fat that bulges over the belt-line in a most unflattering fashion and is accentuated by a pair of pants with a tight belt. When viewed from behind, the bulging male flanks appear bigger because the largest bulk of the male flank tends to be located toward the back.

In the female, the area of the below the bra strap, the back below the shoulder-blades is commonly designated as the female flank. This area in the female is a common target for liposuction in women who are at least somewhat over weight. The same area on a male figure is rarely targeted for liposuction.

Liposuction of the male flanks with the patient lying on his back does not allow sufficient access to the fat on the posterior flank, and the area is often insufficiently treated. This situation arises most often when general anesthesia is used. Under general anesthesia, with a breathing-tube inserted into the trachea or wind-pipe, it is safest to have the patient positioned lying on the back. Rolling a liposuction patient onto his side can be done but it is risky because changing position might dislodge the breathing-tube and impair oxygen delivery. When doing liposuction totally by local anesthesia the problem of changing the patient’s position does not exist. One merely asks the patient to roll over on his side.